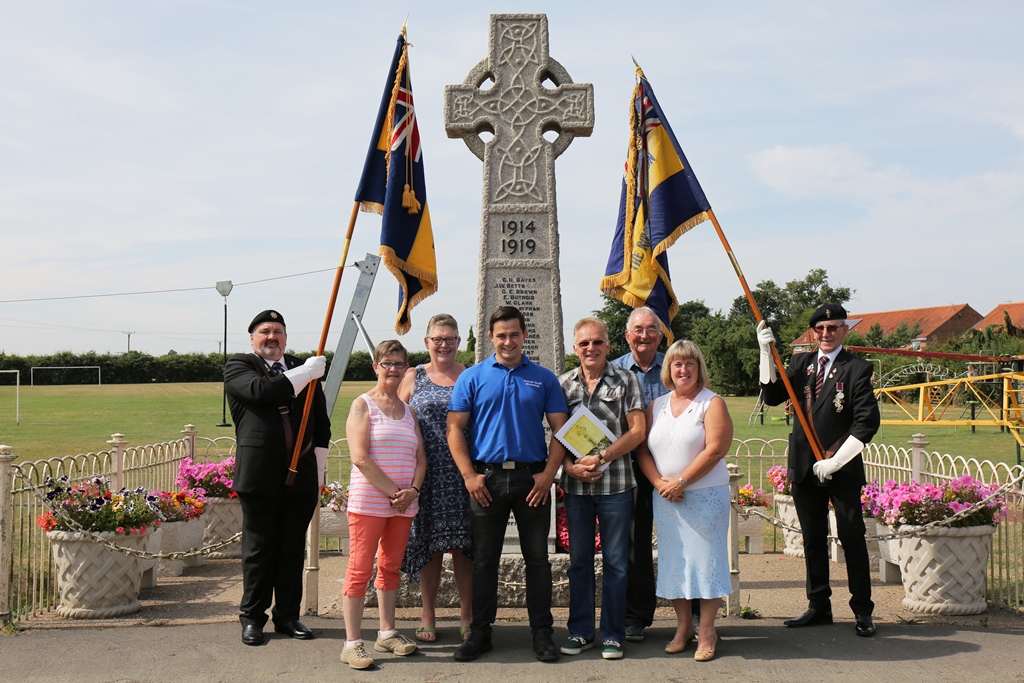 An Owston Ferry war memorial has been restored following a two-day renovation to coincide with the 100th anniversary of the end of World War I.

The war memorial was built in 1922 to commemorate the 23 residents of Owston Ferry who were killed or went missing in the First World War and was originally unveiled by John Edward Pelham, the 7th Earl of Yarborough.

Local monumental mason, Samuel Jacob, was contracted to carry out the work, which involved specialist cleaning and repair, as well as changes to the original inscriptions.

Samuel said: “It was an honour to restore the memorial to its former glory, particularly with its prominence in the village and the significance it has. It is important for the local community to remember those who lost their lives and the craftsmanship of the original work is a great testament to the original stonemasons. Now, the names are clearly legible again for all to see.”

Around 150 people from the parish served in the Great War, and the monument commemorates the June 1919 peace treaty which was signed by all combatant countries, rather than the 1918 armistice. A roll of honour inside the church also includes prisoners of war as well as those injured.

After the Second World War, the names of the four residents who died in that war were also added to the memorial.

A joint memorial service is set to be held with the church and the British Legion in honour of the centenary. Representing the Owston Ferry Parish Council and the Isle of Axholme Family History Society, Ian Walker has led the initiative, believing the upkeep and maintenance of the monument will provide an important reminder for future generations.

Said Ian: “The monument acts as a reminder that local people gave the ultimate sacrifice for their country. We wanted to retain Sam’s services as he is well known locally as a reputable and reliable tradesman in a skill that is all too rare. It can seem some way off for people today, but the actions these people made were very real, and their stories should not be forgotten.”

Ian has also authored a book titled War Memorial Tales, which documents the stories of the 23 residents commemorated on the monument. Available from Owston Ferry Smithy & Heritage Centre, the book includes the story of two sets of brothers, the Lockwoods and Fieldings, and JW Betts, a former Norfolk resident that was posted to Owston Ferry as a police constable prior to the start of the war. Perhaps because of being relatively new to the area, his original reference was JB Betts, which was corrected during the renovation.

We are currently building up a portfolio of work to highlight on this website. Please contact us for more information or visit again shortly.